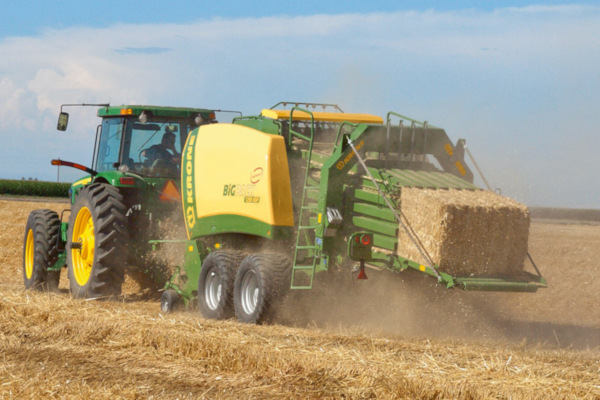 Quick payback: The BiG Pack 1290 HDP breaks new ground among big balers. The high density of the bales saves space and the uniform, sharp-edged bales are easy to stack. More weight and less volume – that has a positive impact on handling, transport and storage costs.

Clever twist: The combination of the huge bevel gearbox and the flywheel tipping the scales at more than 600 kg (1,322 lbs) can cope with more than 940 kW/1280 hp and efficiently absorbs peak loads on the plunger during baling.

The pressure’s on: To cope with the high baling pressure, KRONE has kitted out its balers with around 2.5 tons more steel. The large, reinforced yoke is designed to cope with exceptionally high loads. Six hydraulic rams generate the force on the side walls, delivering rock-solid big bales. 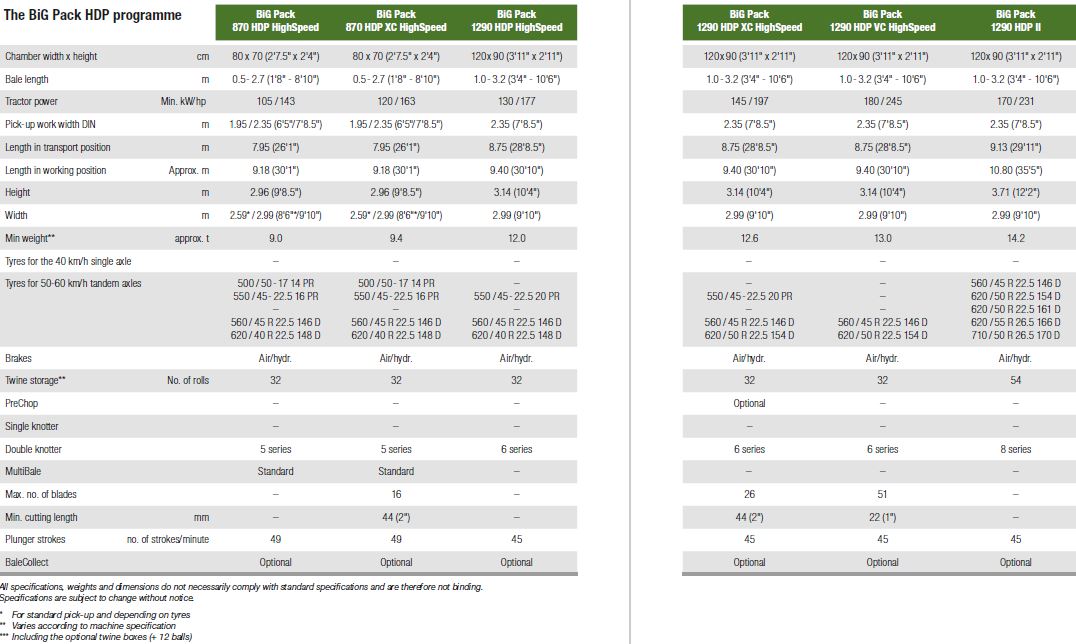